A Guide to the Different Legal Business Structures in Quebec 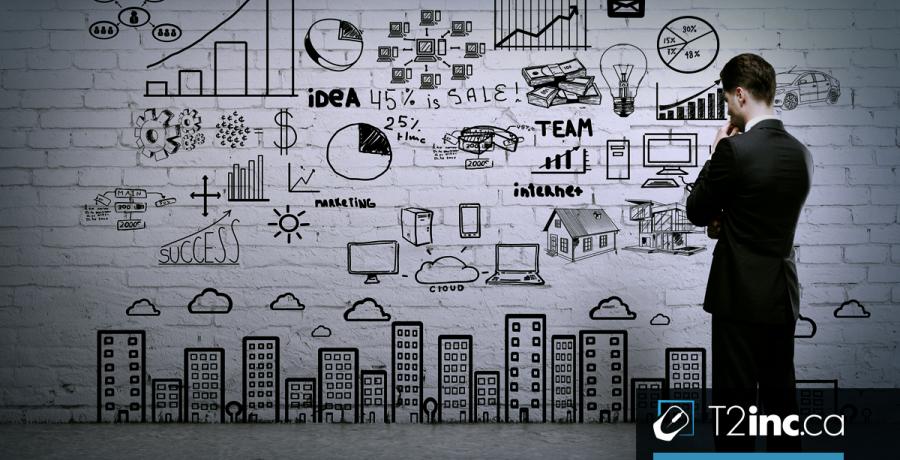 Starting a business in Quebec is no small feat. There are many factors and decisions to keep in mind when setting up your company. One of the most important steps is choosing the right legal structure for your business.

Every legal structure has its own qualities and tax implications for your business.

To make your decision a bit easier, we’ve written this guide to the most common legal structures for businesses in Quebec.

The different types of business in Quebec

The term “corporation” is used to describe an incorporated business. It’s important to note that not all businesses are considered corporations.

A corporation, or “legal person,” is a business structure with very specific rights and characteristics.

To be considered a corporation in Quebec, a business must first be incorporated. For incorporation, businesses must register in the Registre des entreprises du Québec and must file an “initial declaration of a legal person”.

The main characteristics of a corporation are:

Shareholders, therefore, do not own the company itself but rather the shares they hold in it. They can receive a portion of the profits generated by the company in the form of dividends paid in shares or in cash.

Shareholders in particular benefit largely from this business structure, as they have no personal or tax liabilities.

The shareholders are also responsible for electing a board of directors, who will oversee how the company is run.

Certain conditions must be met to create such a corporation. First, the company's head office must be located in Canada. In addition, at least 25% of the board of directors must be Canadian residents.

General partnerships are made up of a group of people who partner with each other to run a business collaboratively.

Just like a corporation, a general partnership has its own name and is entitled to sue and be sued.  However, it is not considered a legal person.

Start-ups typically favour this business structure because it is slightly less expensive than a corporation. However, the partners within a general partnership bear full responsibility for the business’s debts and tax obligations. This means greater personal risk.

This legal structure is mainly adopted by businesses who operate in an industry with a high risk of loss, such as professional sports.

A limited partnership has some of the same characteristics of a legal person but is not legally considered one.

The legal status of this company is fairly unique. A joint venture is neither a legal person nor a legal personality. It is simply made up of two or more partners, who each act in their own name for the interests of the business.

It can be formed verbally, with a written document or the implicated parties can simply agree to come together.

Any type of general or limited partnership in Quebec that is not registered is considered a joint venture.

Other legal structures for Quebec business

There are a number of other ways to structure your business in Quebec. Each has its own specific characteristics and tax implications.

A sole proprietorship is operated and managed by a single person who has the title of “self-employed worker” or “independent contractor.”

By law, a sole proprietorship is not separate from its owner. The self-employed worker therefore bears all the financial responsibilities and obligations of their business. All profits belong to them, but they also suffer all potential losses.

Cooperatives are formed by groups of companies or individuals who have a common need or interest, whether economic, social or cultural. Cooperatives are considered to be legal persons. They therefore need to be registered in the Registre des entreprises du Québec.

Each member of a cooperative has equal decision-making power. Members can decide how they wish to share the benefits of the cooperative.

An association is a legal structure created by a group of people who have an interest other than making a profit. An association can, however, make money, provided that these funds are not used to pay members of the company.

The association structure is often adopted by companies that have a more social mission, such as promoting research in a community.

There are two types of legal associations in Quebec: the incorporated association and the contractual association. The former is considered a legal person, but the latter is not.

A trust is an arrangement in which a person entrusts the administration and management of their property to a third party. This trustee can then make a profit for both parties.

There are three legal business structures that can be considered trusts: business trusts, investment trusts and real estate trusts.

How exactly the trustee manages the assets depends on the terms of the contract. However, the trustee generally has the same function as the director of a corporation

A “group of persons” is a very broad legal structure in Quebec. It designates any assembly, other than an association, that joins two or more people who share a common interest, whether profit-driven or not.

A group of persons can be a nominal partnership, cost-sharing partnership or economic interest group.

Its purpose is to guarantee the following:

A non-profit legal person is a group of individuals engaged in non-profit activities that are cultural, social, scientific, artistic, athletic, educational, etc., in nature.

A non-profit organization is considered a legal person. Nonprofits must carry out its activities for social, educational, religious, philanthropic, athletic or other purposes. No profits may be distributed to members of a non-profit.

A nonprofit is governed by a board of directors. Since nonprofits have no shareholders, board members are elected by the members of the organization at the general meeting.

Registered charities are part of a group of organizations called “qualified donees.” This gives them the right to issue receipts to their donors for tax purposes. Their registered status means these charities do not have to pay income tax.

Businesses incorporated outside of Quebec

Any business that was not incorporated in Quebec, but has all or part of its operations in Quebec, is legally bound to register with the Registre des entreprises au Québec.

The Act respecting the legal publicity of enterprises stipulates that a business is considered to have operations in Quebec from the moment it has a Quebec address or post office box.

By now you should understand a bit more about the different legal structures for businesses in Quebec. Each type has its own characteristics, advantages and disadvantages. It is worthwhile to familiarize yourself with each option so you can choose the one with the most beneficial tax implications for your business.

Does one of these business structures seem right for your company? The experienced tax accountants at T2inc can advise you and provide solutions for all of your business’s tax needs.

To learn more about our services and receive a free quote, contact T2inc today!

What Are the Advantages of Incorporating Your Business?

Everything Quebec businesses need to know about the RL-31 slip

Tax issues to consider when selling a business